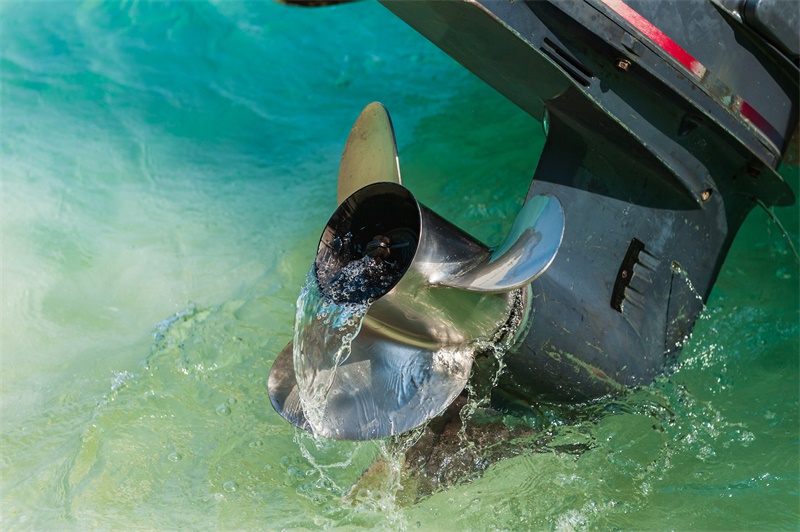 From the current utilization rate of Arneson surface oars on various boats, high-speed boats are the most common “users”, because when the boat is traveling in the water, only the skin of the blades and tail fins are in contact with the water, so Its speed-up process, efficiency and high-speed operation will be better than other propellers. Compared with traditional submerged propellers, it can reduce underwater resistance by 50%. It is generally applied to high-speed ships of 10 to 70 meters.

The integrated propeller and rudder propulsion device was launched in 2011 by the famous marine equipment manufacturer Lips. Its main feature is that a rudder ball is welded along the axis of the propeller in the middle of the rudder blade. This rudder ball presents a streamlined spindle shape, and its function is to connect the rudder and the propeller, so that the two can be more integrated. The rudder ball looks similar to a torpedo in appearance and is slightly larger than the propeller hub in terms of its maximum diameter. The integrated propeller and rudder eliminates the vortex behind the hub, improves the wake field, reduces the wake speed, and improves the efficiency of the propulsion device.

The self-reconfigurable deformable blade propeller is a kind of propeller with automatic opening and closing blades, which is mainly composed of a set of flat loose-leaf blades. The blade is designed according to the principle of deformation adaptive mechanism. The principle of its movement process is: when the blade is drawn to 0~90°, the entire state of the blade needs to be closed to half-expanded when the blade overcomes the assistance from water. The blades gradually change from the initial 90° to 180°. The blades are fully flattened under the action of gravity, the centrifugal force of the balance ball and the resultant force of the lead rod, so that the blades and the water have the largest contact area and generate strong power. When the blade is drawn to 180°~270°, the blade will gradually change from a fully flat state to a semi-closed state under the combined action of water resistance and gravity. When the blade is drawn to 270°~360°, The blades gradually become fully closed under the resistance of the water and the reaction force of the fork controller, thus forming a cycle to minimize the water resistance and maximize the thrust, and improve the propulsion efficiency.