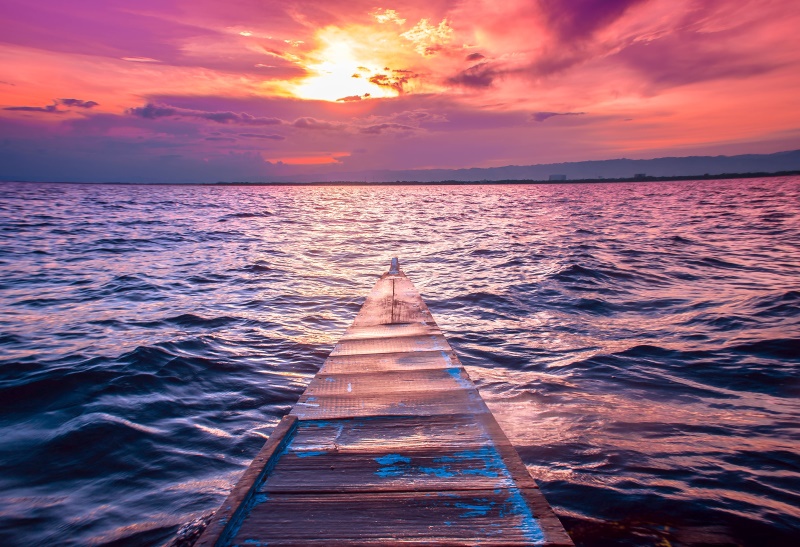 If it can explode on the short video platform, wouldn’t it be fame and fortune? There are not a few people who have this idea, and Shao Zhengmiao is one of them.

Although Shao Zhengmiao, 50 years old this year, has reached the age of “knowing their destiny”, his avant-garde and trendy ideas are not inferior to young people. Shao Zhengmiao, whose hometown is in the central province of China, currently lives in Songshan Street, Xiapu County. Due to his long-term work at the seaside, he has been developing a strong interest in the work and life of fishing boatmen in coastal areas.

At some point, Shao Zhengmiao came up with this novel and interesting idea, which made him so excited that he stayed up all night. So, he called his two friends, Lai Lushi and Yan Juan, and shared his thoughts and ideas. Unexpectedly, Lai Lushi and Yan Juan expressed their approval and support without thinking. Venue selection, scenario setting, scriptwriting, role division… The three of them can’t wait. However, in order to reflect the life of coastal fishing boatmen, it is imperative to have a fishing boat, which is an indispensable prop.

Learn to sail in two days, e dare to “run the sea”

In order to buy a fishing boat, Shao Zhengmiao searched everywhere and finally found a fisherman in Xiabaishi Town, Fu’an City, who was willing to sell his own production and operation boat. This kind of ship is common in the inland sea of shoreline areas. It is just a little marine propeller mounted on the stern of a traditional wooden boat, which changes the way of sailing with a hand-cranked wooden oar. When riding a boat, only one person at the stern can easily steer and control the power output. Since the main difference between it and traditional wooden boats is the tiny boat trolling motor mounted on the stern, the locals call it “stern mount trolling motor” for short.

Soon, the two sides negotiated the transaction price over the phone. When the seller learned about Shao Zhengmiao’s idea of shooting a short video, he repainted the “stern mount trolling motor” with bright colors, as if an Internet celebrity fishing boat went to be born.

“One day” to practice boating skills

However, what if you can’t sail? It is not difficult for the daring Shao Zhengmiao, who has no experience in boating, to learn boating skills from an older master in advance. It took two days to get the “boat driving skills”!

On April 8, the three of them drove to the Xiabaishi Wharf with excitement and excitement on their faces. After completing the “stern mount trolling motor” trading procedures, Shao Zhengmiao started the engine and set off according to the navigation and navigation displayed on the mobile phone, and the target was Gulingxia Pier, Songshan Street. At this moment, he felt that he was a heroic captain who dared to cut through the waves, even if he had to go through the outer seas on the way.

The “transom mount trolling motor” is sailing in the sea… When night falls, the night on the sea is peaceful, and it is necessary to break down and rest.

After all, there was still a little reverence for the boundless sea, especially when it was the first time to anchor in the vast sea. Fortunately, the night was uneventful.

In the early morning of the next day, the sky was slightly optimistic, and the three immediately lifted anchor and set off.

Stranded on a rock pile , desperate for rescue

The sea is still the same sea, but the oncoming wind and the waves in front of him are no longer tender, and they seem to be churning, like a fierce horse, gradually becoming uncontrollable.

Shao Zhengmiao was driving the “transom mount trolling motor” carefully, and the navigation precautions explained by the master kept flashing in his mind, but the growing wind and waves were constantly testing him, as if to push him to the limit of his psychology. . Lai Lushi and Yan Juan also felt his changes, worried about adding to his psychological burden, and tried their best to control themselves not to show panic, but their stiff body and clenched hands were moderately out of control.

The wind is getting stronger. The waves are getting bigger and bigger.

The “transom mount trolling motor” swayed more and more from side to side. Shao Zhengmiao thought that he could no longer control it. At this moment, it was like a wild horse running away.

When a big wave hits, Shao Zhengmiao has lost the courage and confidence to continue to drive the “transom mount trolling motor”, and the little skill he has mastered can’t deal with the raging wind and waves, so he can only let the ship drift helplessly with the waves.

The emotions of the three people have collapsed. All they can do prays silently in their hearts. It is noon now, and the sun is shining brightly above their head.

Fortunately, the “stern mount trolling motor” did not float out to sea, but was carried to a reef pile by the waves and ran aground.

The mood of the three moderately calmed down, and they planned to wait for the wind and waves to be less before setting off on the boat. However, if a ship stranded on a reef pile wants to start again, easier said than done?

They found a few abandoned bamboo poles, hoping to pry the hull up and sail back to the sea when the tide rises, but after several attempts, it was finally impossible. When he was helpless, Shao Zhengmiao, who had calmed down, decided to ask for help as showed in “Survival in the Wilderness”. So he hung the orange life jacket on the end of the bamboo pole and stood in the crevice of the reef as a distress signal, hoping to attract the attention of passing ships in the nearby water or people doing farm work on the distant mountains.

However, due to the remoteness of the Aokou, almost no boats passed by, and the neighboring mountains are also not suitable for any agricultural production. Therefore, the three of them waited hard on the boat for nearly two hours, only seeing seabirds in the distance occasionally feeding, but no sign of any other ships or people, and they were much more depressed.

The police information was immediately sent to the Luxia Coastal Defense Police Station. Considering the particularity of the police situation in distress at sea, after contacting Shao Zhengmiao and adding his WeChat account, the Luxia Coast Defence Police Station immediately organized three police officers to go to the rescue, drawing on the experience of similar rescues in the past, carrying the necessary tools, and rushing to WeChat. The exact location is shown on the screenshot. It was judged that Shao Zhengmiao and the other three were located at an unknown Aokou in Jiatou Village in the jurisdiction, but there was no path translating into it. After climbing over several mountains, the police finally found Shao Zhengmiao’s distress signal. After walking through an inaccessible mountain road, I used the hatchet I carried with me to clear the way, and cut down the weeds and shrubs in front of me… It took nearly two hours for the police to reach the location for help with difficulty.

At the moment of being saved, only Shao Zhengmiao and the three felt the most mixed feelings.

Fear of losing control of your ship?

Feeling lucky to be stranded on the shore?

Feeling helpless for not being able to save yourself?

Or make you grateful for the help of the police?

Maybe there are, there should be!

The “adventure” at sea ends

Considering that the current is a distinctive period of epidemic prevention and control, the police first checked the Minzhengtong health code and itinerary code on their mobile phones to rule out the possibility of medium and high risk areas flowing into the jurisdiction. Afterwards, they had bread and drinking water to soothe their emotions. In the end, the police led them to carry on the trail that was just opened, and returned with difficulty.

Here, the police solemnly reminded: navigation at sea should be cautious, and safety should be always kept in mind.